A qualitative study of men’s attitudes towards abortion
Abortion 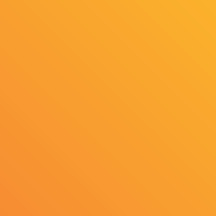 Despite its critical importance in reproductive health, access to safe abortion care in the US and globally continues to be impaired by laws and policies based on religious, political, or other ideologies. Although there is substantial anecdotal evidence about specific beliefs and rationales for opposing abortion provision, identifying specific attitudes, and exploring how those attitudes may be modifiable, remains to be adequately characterized. Attitudes toward abortion remain under-researched in academia and within the public discourse regarding abortion politics, and represent a unique opportunity to determine which attitudes are open to change, and how that information might be used to shape policy. Addressing and changing anti-abortion attitudes remains critical in expanding access to safe and legal abortion, both to prevent individual reproductive coercion as well as legislating increased abortion access. Polling research suggests that men and women equally support abortion care, while some academic studies have found more abortion approval among women. The ideologies underlying abortion opposition are many, but whether they are different among men and women remains to be thoroughly investigated. Whether or not they differ, and how, has important implications for activists, politicians, and community outreach education to shift abortion attitudes towards increased support. To fill this gap in the literature, we propose a qualitative study investigating abortion attitudes among US men in restrictive states. This work has the potential to inform future research oriented towards shifting public abortion attitudes among a group that wields tremendous political power.

We use cookies to ensure that we give you the best experience on our website. If you continue to use this site we will assume that you are happy with it.OkPrivacy policy